What do you do to increase your site views, engagements, and shares? Do you have certain ways to increase interest in your site and brand?

In an epic talk made by Steve Jobs when he was lecturing his Macintosh team, Jobs stated: “Do you mean to tell me that we have created a personal computer and word processor without fonts?” He did not say this in an amicable manner, either. Everyone knew that day that heads would roll. That’s because Jobs knew that attractive fonts of various kinds are one of the main features that people wanted in their word processor and computers.

He had also studied calligraphy and had developed the idea that fonts were a beautiful means of expression, similar to a mood or emoticon like we use now.

All of this leading up to one question for site owners and developers around the world… which fonts are good to use for your site? 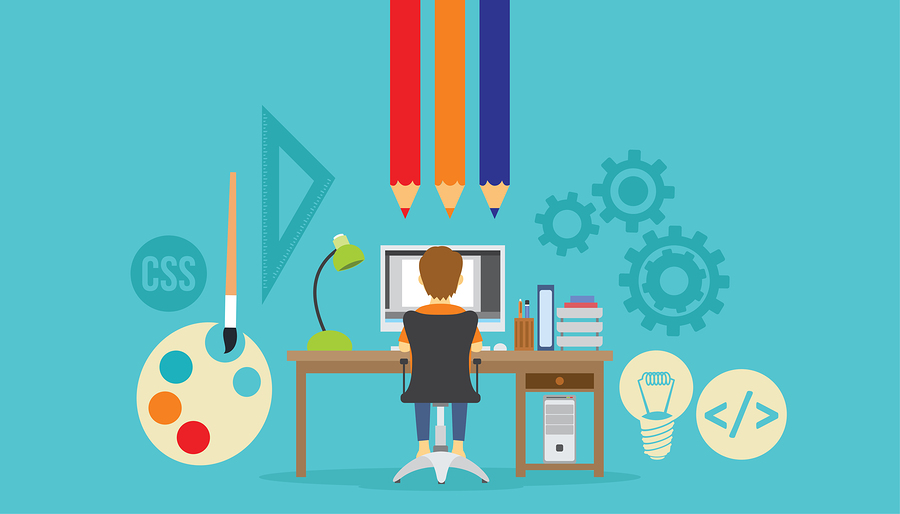 We did some research and came up with 15 of our favorites that have unique characteristics that can help you increase attention to your brand and make your site look beautiful.

1. Circular– The Circular font was recently rebranded in 2015 and included a shade of green that added to the appeal. It was previously not as popular, but this change to a mint green helped its popularity.

2. GT Walsheim– The GT Walsheim font is a London-based art and design that is quite popular with English designers. It is a bit more friendly-looking than the Futura font and looks casual but professional and a bit artsy.

3. Brandon Grotesque– This font was #1 on the list of best fonts for 2015 but it has now fallen to #8. Several web hosting companies have picked it up as their font of choice, as have some fashion magazines. Its appeal probably has to do with its clean-cut professional look. The only drawback to this font is that so many have started using it, that it doesn’t seem as unique anymore.

4. Caslon– This font is one of the only serif typefaces that people use today, and its primary appeal is probably due to its strong impact and bold lettering.

5. Avenir– Avenir is a universal favorite among designers for magazines and fashion moguls. The font is large and prestigious and features straight but creative lettering with a stylish flair.

6. Brown– This font resembles the Futura family of fonts and looks friendly and welcoming. It is bold, and the letters are thicker than many fonts, making it a great font to use for high impact areas. It is also popular with the artistic crowd due to its overall creative look. Its neat look and the unique spacing of the letters also makes it stand apart from the others.

7. Gotham– Gotham was the #8 most popular font last year (2015) but moved to #4 in 2016. It is an extremely large and bold font, making titles stand out even more. This font is used in many circles including professional institutions like banks and office-based companies, as well as professional designers. For your website, it would draw attention to specific locations to your site.

8. Proxima Nova– The Proxima Nova font is one of the most popular for creative websites and other applications. It features bold but lovely curved lettering that is popular in a variety of context. Your website would benefit from using this font because it creates a sense of openness and prestige while remaining neat and uncluttered.

9. Apercu– The Apercu font is a unique typeface that combines some of the best of some other fonts including ITC Johnston, Gill Sans, Neuzeit, and Franklin Gothic. Norwegian Air has used this popular font, causing it go to more mainstream in recent months.

10. Futura– The Futura fonts remains one of the most popular fonts of the year and for all times. It is geometric in origin meaning that it is bold without being overpowering. It has a unique look on your website and blog because it allows you to create compelling headlines in style.

11. League Gothic– League Gothic is a revival of a now classic font. It is powerful and “gothic” in appearance and fares best on a black background or other “power colors.” It is meant to be a strong font and is best used to draw attention to your site. The typeface was created by Morris Fuller Benton for the American Type Founders Company in 1903. It is now in the public domain, which means it is equal to an open source font that you can change as you see fit.

12. Ubuntu– The Ubuntu font, like the Ubuntu platform of computer software, stands alone as a unique open source font that you can use as you like with few restrictions. Based on the Linux system, this font would be a great one for websites for computer companies who use the Linux or Ubuntu platform and wish to communicate their love for this scheme.

13. Helvetica– Helvetica is a very popular font that can be done in a variety of ways (through purchasing the variants in the font family). This is a point that should be brought out. When you order or use a font, don’t forget that there are likely to be variations that include italics, bold, slanted, and other variations of the font that you may find effective on your website. Ask your web designer to locate these for you, so you can choose from the best.

14. Lobster– The Lobster font is one that is unique because of the extreme thickness of the font and the bold look. It also has a true “lobster-like” look if you can imagine a lobster claw as a font! If you want to make an impact on your website, it would be to your advantage to look into using this font in places where you want to draw the most attention.

15. Bebas Neue– This font is great if you prefer straight, tall lettering that makes an impact. These would be great to use for a newspaper-like publication site where you use the font at the top of your page as a headline and attention-getter.

As you can tell, there are plenty of fonts and font families to choose from. The problem isn’t that you don’t have access to them. It’s in knowing which ones to use and where for your website.

That’s where WebDesignTeam.com comes in. We have the expertise and experience to help you choose the fonts that work best with your website and communicate in the way you need to.

Contact us for information on our professional web design services, and we’ll tell you how we can help you incorporate your favorite fonts into your theme and brand.

Like Steve Jobs said to his crew who forgot the fonts, “We’ve got to get great at the little things.”

We can help you do that.